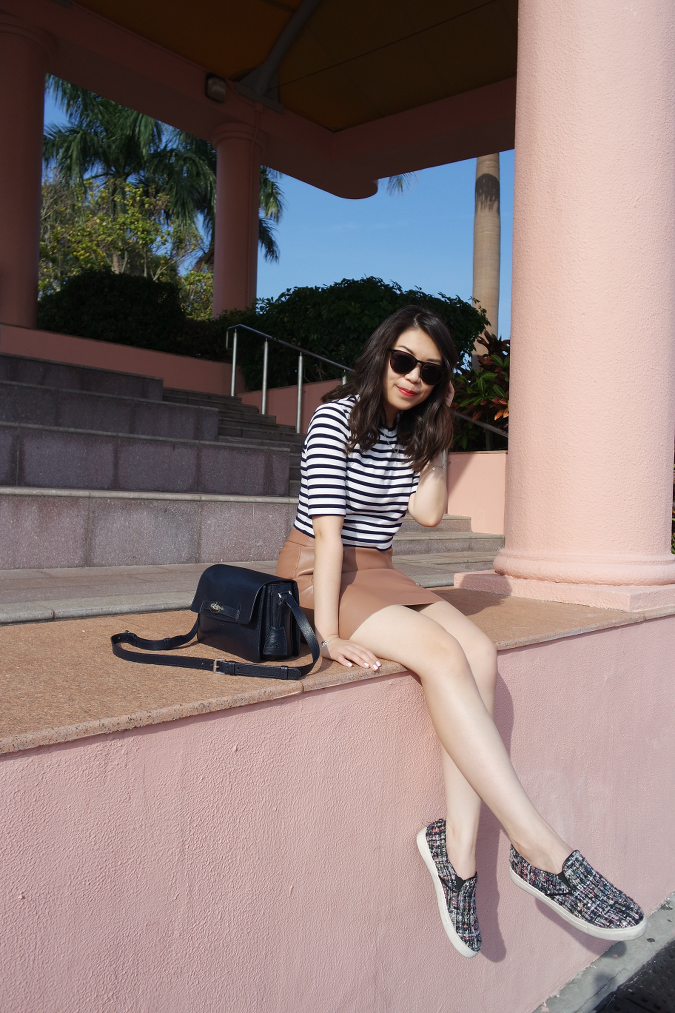 It’s April! Say what?!
一. I can hardly believe it’s April already! All the blogger cliches but it’s spring and suddenly things feel bright all the time. It’s also getting unbearably warm and humid here and I’m struggling to dress appropriately for the weather and air con. Oh life! Not that I’m complaining though as the fact that it’s now the Easter break means that I’m on holiday mode. It actually feels odd to be here at Easter sans my family; we used to come here during the school holidays for two weeks and I’m so nostalgic for those times right now. Yesterday Sophia and I went to TST and managed to see the total Lunar eclipse as well!!

二. Thank you to anybody that watched my shiny new vlog or has subscribed to my YouTube channel, by the way! I’m actually really getting into the swing of things and am hoping to get some filming done whilst I’m at home for a few days off work. I filmed an April lookbook yesterday, and I’m hoping to film a potential handbag collection next plus some singular outfit videos to accompany my blog posts!

三. The past two weeks have been pretty tough. Kinda struggling with some family things & my two baby tortoises are a little ill too. I’m not one to delve into too-personal things though so I’ll just leave it at that by way of explanation if posts slow down a little again this month.

四. All hail Samsung because the Galaxy S6 is released on Friday in Hong Kong and I’m headed straight there after work. I’ve had so many problems with my phone lately and it is dying to the point where I have to manually check my notifications and messages like some self-obsessed so-and-so. Le sigh. I’m ridiculously excited to be back in the Samsung clan! Perhaps I’ll film a ‘What’s On My Phone’ video too as I’m always asked questions about my personalisation and apps?

五. I’ve spent much of the weekend rewatching Pretty Little Liars from the beginning and scaring myself. Mish is a wimp. Even back in 2010 I couldn’t watch it home alone! I used to wait for my sister to come home from school so she could at least be in the house with me. And every time I crack out another episode, I feel pre-Uni me again – isn’t it weird how things like that can instantly throw you back?!