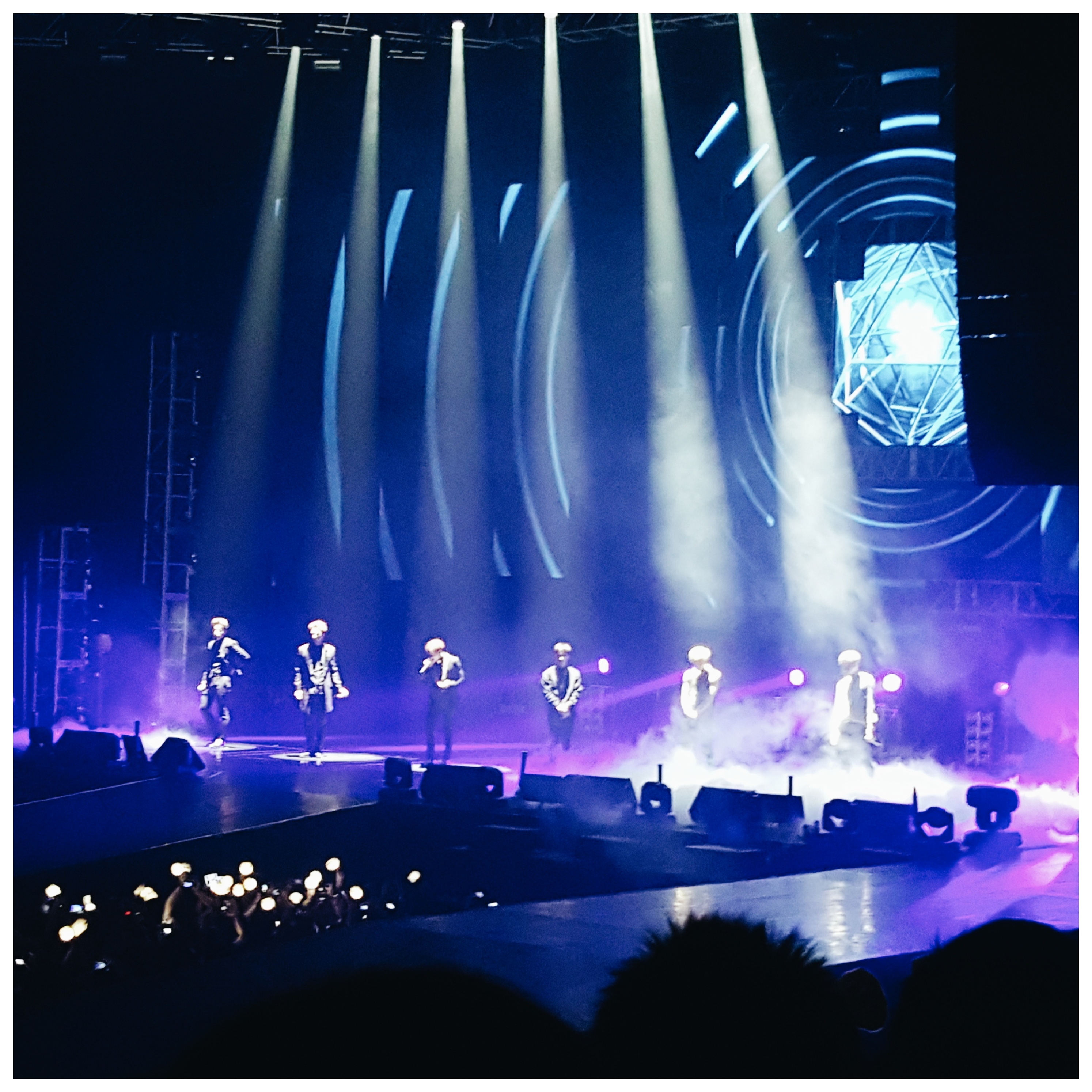 On going to my first ever Beast concert and seeing Big Bang live again. Mini concert reviews if you will.
It’s been about a month since I saw Beast live in concert for the first time and a fortnight since I saw Big Bang live for the second time and I’m finally in an emotionally stable position of being able to blog about it.

Music is an odd one with me. I listen to a lot of Kpop, as well as Taiwanese, Japanese and HK music. I rarely listen to ‘Western’ (lol sorry about the term) music nowadays, having left my Fall Out Boy, hellogoodbye, The Kooks, Razorlight, etc. days behind me back with secondary school. For that reason, I rarely talk about music because a) no-one knows who I’m talking about, and b) I often worry that I can’t keep up and/or participate with my real life friends’ chats about music.

With that over with…!

Beast Beautiful Show in Hong Kong 2015 – Saturday 30th May 2015
I’ve patiently waited for a ticket to see Beast since debut. Having given up an opportunity to see them at United Cube in London 2011, I told myself I’d pay whatever it took at the next opportunity. Following a long day at work, Beast announced one show in Hong Kong and after a solid hour of refreshing that ticket page, I snagged myself a darn good seat right in the front tier. (Price: HKD1388.) For reference, I got seat L1 in Block 13 at Asia-World Expo and had a near-perfect, side on view. Oh, and I went on my own.

I could be slightly biased as a die-hard B2UTY but Beautiful Show was one of the best concerts I’ve ever been to. (Topped only by Big Bang!) I won’t share the setlist – although it’s here if you’re interested! – but honestly I was a smidge let down by the Hong Kong setlist. Of course that could be me wanting them to sing every single one of their songs, but I think there was certainly scope to extend the set. Beast’s Cantonese and English was the cutest! As expected, their fan service is amongst the best and you can genuinely feel their sincerity and admiration towards the fans. Kikwang’s eye smile and Hyunseung’s adorable dorkiness alone will melt you.

Vocals wise… YOSEOB. KING. If you’ve ever read a fellow fan account of seeing Beast live for the first time, you’ll know that Yang Yoseob is often touted the king of vocals with a sweet angel voice. His voice was so flawless and enchanting, he even managed to stop the sold-out arena’s fan chants in awe. His voice sounds like the audio version of Photoshopped, and his acoustic Caffeine live was so, so good. The other members are of course also amazing: was pleasantly surprised by Doojoon and Dongwoon particularly.

*Setlist Spoiler Alert!* My favourite songs of the night were Midnight, 12:30, On Rainy Days and It Wasn’t Me. No surprise there, knowing me, but the live renditions were above and beyond anything I expected! I’ve included a 15-second clip of Midnight below (:

Would I recommend for a non-obsessive level fan? 5/5, yes. And you will undoubtedly become a fangirl.

BIG BANG ‘Made’ 2015 – Sunday 14th June 2015 (Closing Show)
Gosh I truly went out on a limb with this one. Equally as eye-wateringly expensive as Beast’s (HKD1888), a few friends and I nabbed amazing tickets before they’d even released songs from their album. I know.

Before the concert started, I was fairly nervous that after a 3-year hiatus, some of the spark with Big Bang would be missing. Alive Tour was easily the best concert I’d been to so y’know, Jiyong and co. had a lot to do to top it. 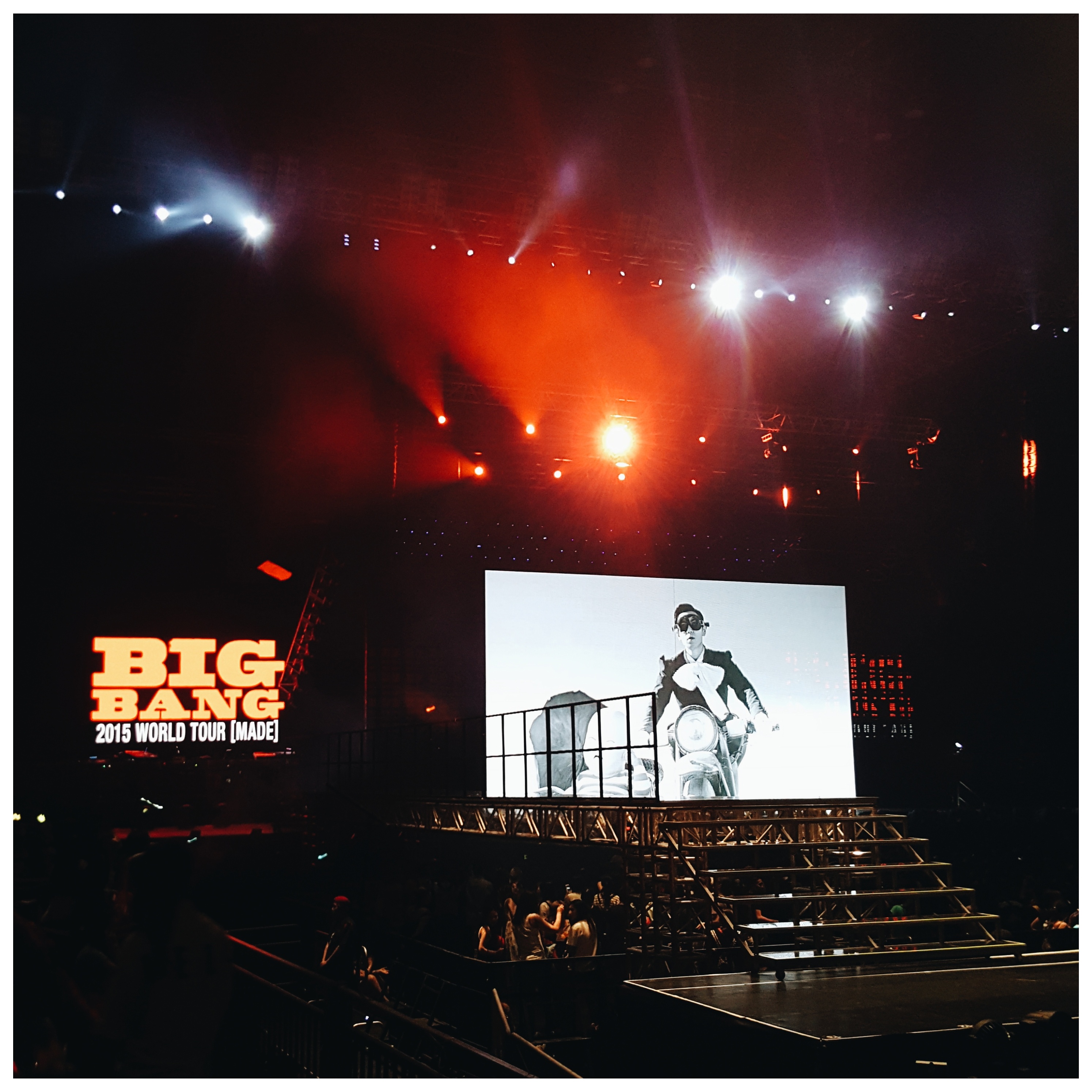 Again, I won’t spoil the setlist (it’s here for reference) but it was the perfect mishmash of their classics, VIP anthems, new tracks and solo material; Big Bang have an amazing discography behind them and the innate ability to refresh a song every time they perform it. Something I LOVED about Made was the set itself: two moving, transparent stages so the members could interact with fans underneath in the packed standing area.

The most obvious thing to mention are the members themselves. I’ve never known a group with so much electric energy, charisma and talent. While they’re not all as on par vocals-wise as Beast, Big Bang just bring it with their individual personalities and ability to get the crowd going. Taeyang and his crowd routines, Seungri and his sweet personality. Goofy T.O.P. Faux cool guy G-D. And caring Daesung. I also adore that despite the band’s move towards a more swag image, they’re not afraid to continue with choreographed dance routines and keep that original flavour about them.

My favourite lives from Made are Bang Bang Bang, Lies, Fantastic Baby and We Like To Party. In fact, the entire setlist was perfect. What’s more, I won a prize draw for the Meet-and-greet Sending Off Event afterwards! It wasn’t much – I got to spend time with each member but it was pretty badly organised. Still, y’know, got to touch and speak to Big Bang members, so what can you do 😉

Hope this helped somewhat in paving your expectations for future Kpop concerts! I suppose it goes without saying that both bands are out-of-this-world good, but just a more in-depth look into it all, eh? x

Are you hoping to read more this year? I've set my