Having recently finishing reading The Wind-Up Bird Chronicle and noticing plenty of interest via my Goodreads profile, I thought it’d be good to share a more detailed review on here. I’m a huge Murakami fan and am constantly encouraging my friends to sample his work.

Despite being a Murakami fangirl, The Wind-Up Bird Chronicle was somewhat tough to get through and finish. I kept stopping and starting with it and in the end, I forced myself to knuckle down and read it in during a period when I had no-one to see and nothing to do. I’ve spoken previously about the contemporary, fantasy-led writing style that always pulls me in to Murakami’s work and this was of no exception.

While of course The Wind-Up Bird Chronicle is more hard-hitting than some of his previous titles that I’ve read, I thoroughly enjoyed this.

Let’s begin with my thoughts on the misleading blurb – classic Murakami. The Wind-Up Bird Chronicle delves into much more than a missing cat and a mysteriously behaving wife. The protagonist – Toru Okada – is a quiet, unassuming male; I always find his main characters eerily calm and passive. Yet equally I find myself identifying with their tendencies for solitude.

There’s an overwhelming calmness that envelops the first third, maybe even half, of the novel, during which I found it difficult to keep reading. It meandered between slow reality and confusing fantasy and I just struggled to keep to its odd, slow pace. Note that the novel is divided into three ‘parts’.

Okada strikes me as a contemplative, passive and non-fussing character. I often found myself willing him to just do a little more ffs(!!). The story opens with a series of odd happenings; an odd and unnatural chord within Okada’s quiet and neat suburban life. When his wife eventually leaves him, Okada meets a series of people in his – I want to say quest but it’s more of a relaxed amble with no direction – for answers and to find a sense of contentment.

The characters that Okada meets are wildly colourful in contrast to him. I always love this aspect of Murakami novels. The parallels that exist everywhere. Anyway, the characters he meets are drawn in wild vivacity, with meticulous attention to detail. Each character is recurrent throughout the story in odd ways, each slightly linked to the other, with intricate tales to tell. In fact, I think as the story unravelled with more characters introduced, I became more obsessed with the book.

It became a compelling and insistent read towards the second part. And it was at this point that I was reading in the morning when I got up, on the commute, at dinner, before bed. I adored the portrayal of May Kawasuka, an innocent, fantasy-driven character who truly reminded of an off-kilter Luna Lovegood. Other characters were less likeable, including Okada’s wife Kumiko and a Lieutenant, whose chapters and stories I found incredibly difficult, nauseous and somewhat distressing to read.

After a slow start, The Wind-Up Bird Chronicle ended up being one of my favourite Murakami reads to date. It’s certainly a more complex, contemplative one that delves deep into the way the human mind works and how fragile human connections can be.

Fellow Murakami fan? You’ll love some of my other book reviews and bookish content. 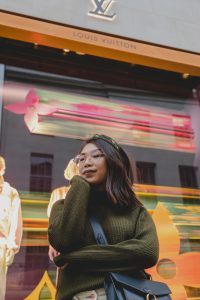 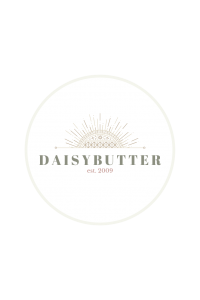