What’s a girl to do when things don’t go to plan? Go to brunch instead. Last week I had a slight setback and instead of moping around for even longer, I donned some pretty new clothes, hopped on the MTR and brunch-ed out my feelings. Nothing beats the promise of a quiet suburb of the urban jungle, a cute coffee house nestled behind bustling Hollywood Road and a smattering of nostalgic gingham to see the light.

I’ve been wanting to try Common Ground for the longest time and I’m so pleased I’ve finally managed to check it off my list! Run by a pair of twins, it’s the sweetest little establishment – all wooden tables and mismatched chairs! – with a small but substantial menu and some amazing coffee. I’ll pop up a separate post with all that foodie goodness!

It’s sweltering in Hong Kong at the moment. We had a brief interlude late last week with a cheeky T8 typhoon but things are back to their hot and humid selves again, hence the need to wear a barely-there top. This linen gingham top is just the prettiest thing. The floaty hem is so up my street. Needing to wear this all the time to keep my mood up, I think. I’m really feeling the whole racer front look as well, sweet and subtle but still a tiny bit flashy. Oo-er. Actually I’ve hardly worn black in the last 3 months or so and I don’t think that’s a coincidence with feeling rather happy, content and semi-smitten but yanno, black is sometimes ever so apt.

By the way, I filmed a Boyfriend Tag What’s In My Bag video last week so you can see precisely what’s in my Boy as of late. I’ve also upped my game and filmed a little About Me that you can watch here! YouTube game is coming along nicely (:

All my love,
Mish x 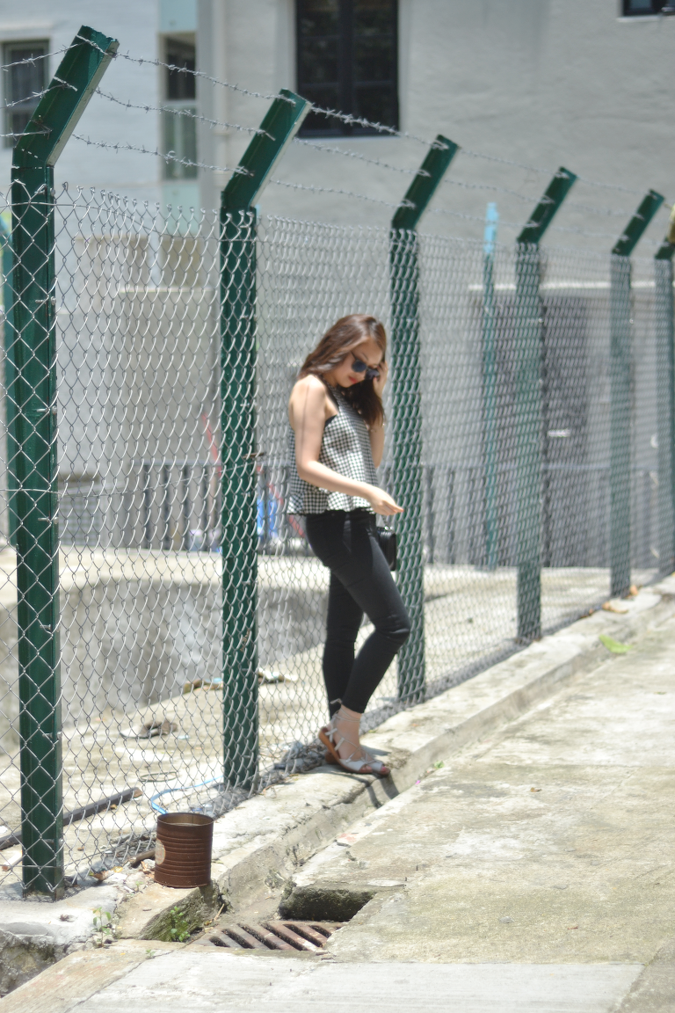 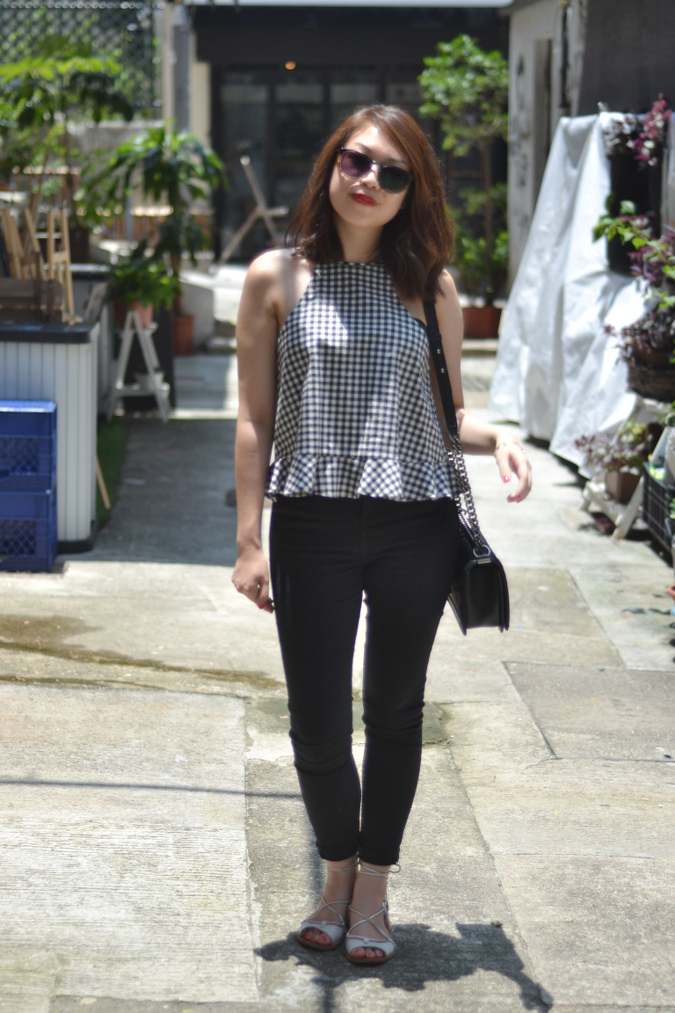 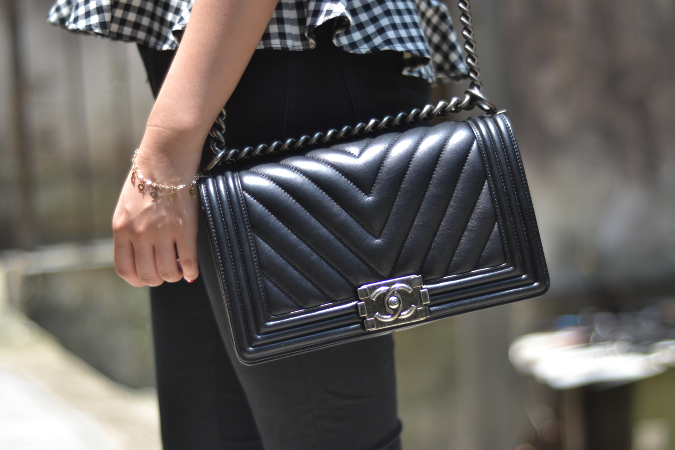 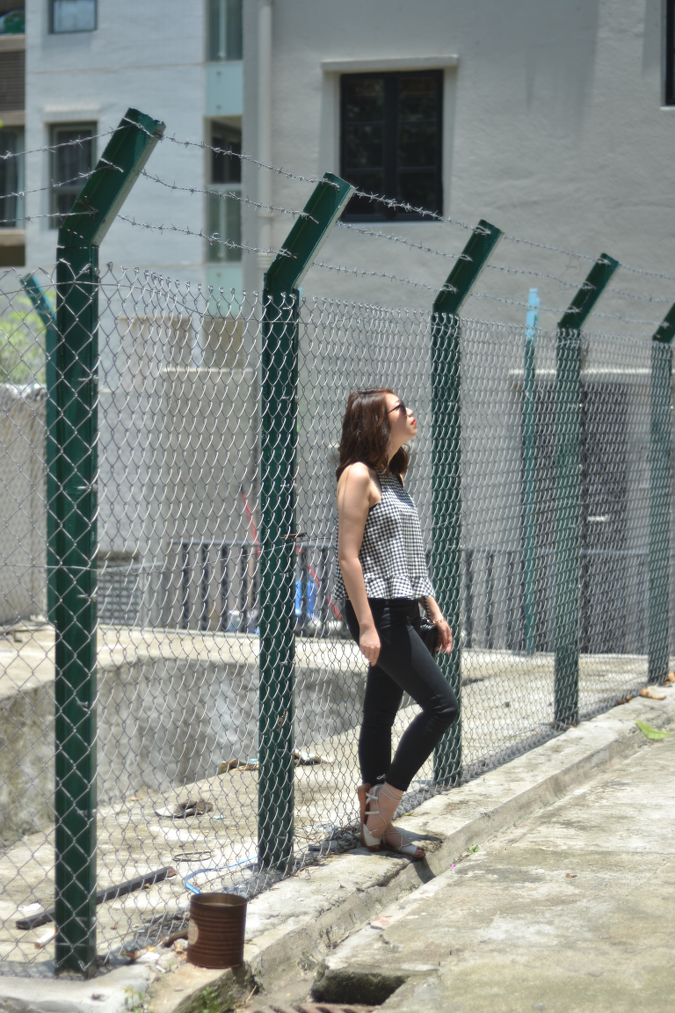 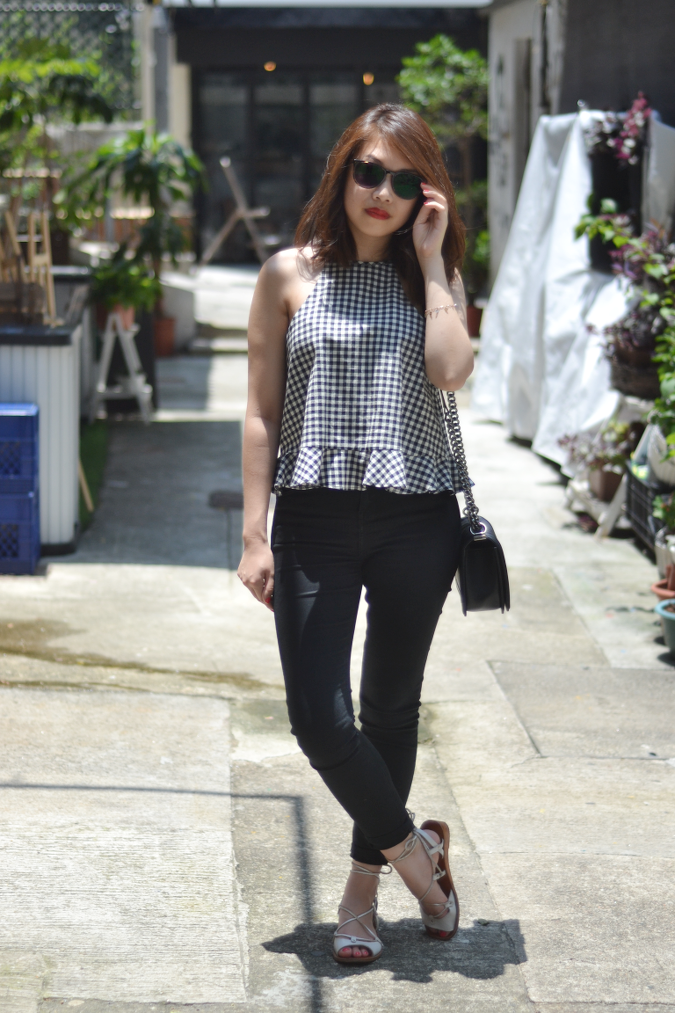 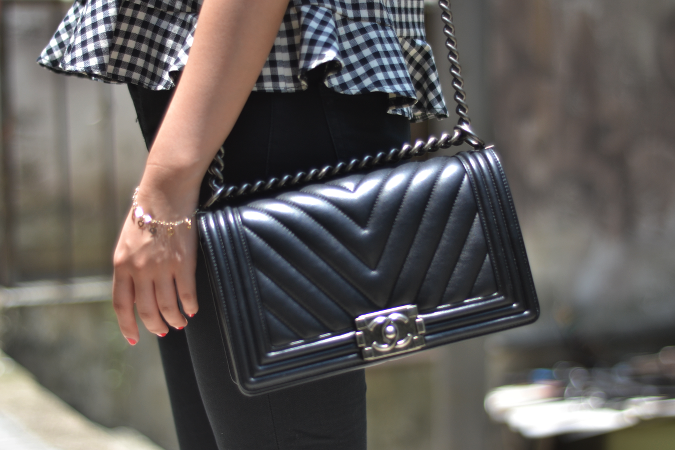