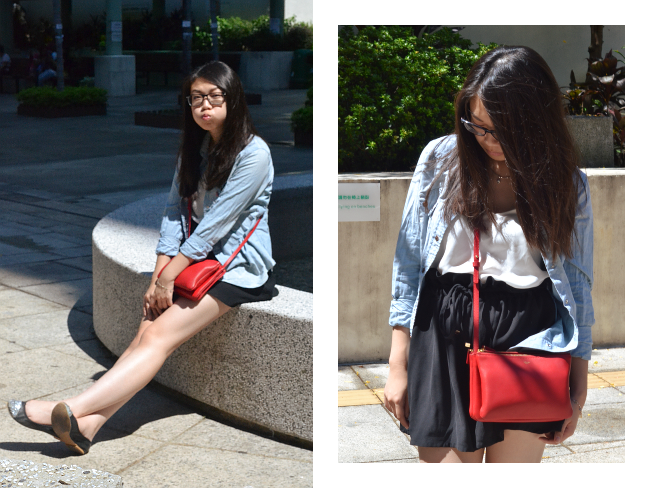 On being unapologetically you, flaws and all. Free gift: real-life tragedy and Pokemon anecdotes.
A slightly surprising post from meek Miss Michelle but I wanted to finally lift this title from my blogging notebook and onto my blog at last.

The past 12 months particularly have seen words like ‘sassy’ and ‘independent’ crop up in my commonly used vocabulary. In fact, my phone predicts the words ‘cat lady’ to follow these, so it’s all relative and that’s a pretty good indicator of the conversations I often have. It’s taken me a long time to feel happy, comfortable and somewhat confident but I think I’m as close to it as I’ll get for now. These things are a work in progress according to Pinterest 😉

Despite having been born and raised in England with an intrinsic grounding of my Chinese heritage, I very often feel like I don’t belong. I didn’t feel like I belonged in England and I sometimes feel like I don’t here in Hong Kong. BBC inbetweener problems. Couple that with a diverse smattering of interests that range from obsessively talking about fashion (clothes and handbags are friends not objects), my nightly research sessions about crop circles and ghost towns, the fact that I reference Pokemon, Gossip Girl, Sailormoon and Taylor Swift in every other sentence, my profound adoration for punny phrases and plenty more, and you have a pretty eclectic personality right here. Actually at school I was often bullied from the age of about 7/8 right up until I left aged 16 because of most of the above.

When I started secondary school, I did everything I could to fit in, from ordering the same food at lunch to telling people I wanted to study history or psychology, when I pretty much wanted the opposite. Like I’m sure you all know, secondary school was quite the place(!) For me, it was all about finding the right group of friends who actually cared about me and not about the exterior façade. They knew I was an inherent geek and loved me regardless, and actually, they’re the ones still around now.

This month has been a tumultuous one to say the least. Following the worst Friday 13th in history, I realised that it’s okay to overthink (for a little), it’s okay to feel wildly passionate about how things should be in your ideal world, to feel that ‘if only this…’. Without even realising, I’ve been pretty detached from emotion for a good 4 months and this ‘situation’ with someone that I finally cared a lot about was exactly what I needed to feel like me again – a dreamer, an optimist, someone that aspires and is, passionate about everything that matters, and, above all, someone who cares and is astutely aware of others. I let that slip and it hit me hard. I think it’s also a case of realising that who are you might not always mesh with who you think it should, realising that your vision of a relationship being calm and serene but exciting and heated at the same time might not work for them… and accepting that.

Overarching all of this though, and despite my shortcomings, it’s a’okay to be unapologetically you. Even if sometimes the truth hurts and you realise you forgot for a moment. Be the girl who stays up until 4am to draw, create, write and remember. Be the girl who could easily beat a football team solo. Be the girl who protects herself but also breaks down the barriers. Be the girl who refuses to start Pokemon with anything but Fire type and then hates themselves when they get to Sootopolis Gym. Just do you because that’s the best you could ever do.